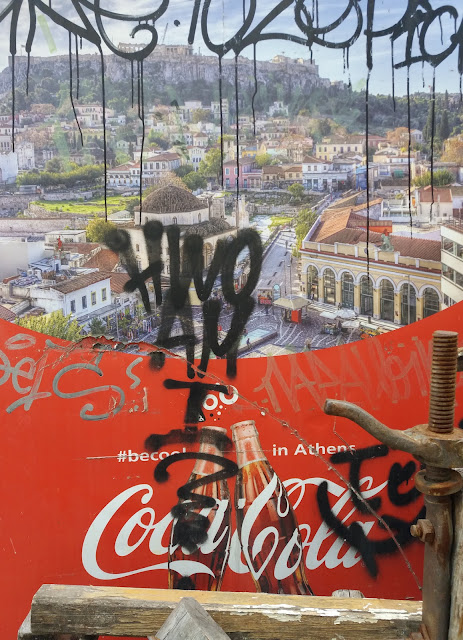 Airbnb, a symptom itself of the disease that tourism is rather than the cause, has been ceaselessly and, largely unchallenged by governments, destroying historic city centers around the globe for years.

City centers have been emptying from their respectful residents only to be replaced by short stay visitors encouraged to act as idiots.

Indeed, to be a tourist is to exemplify senselessness, to lose touch with the social reality around you, whether it is a favela somewhere in Brazil or yet another bankrupt grumpy morning in Athens.

Performed childishness aims to the pursuit of happiness, to pure and uninterrupted joy, to limitless pleasure, occasionally to the releasing of your inhibitions too, just like Lars von trier’s Idioterne fictional heroes; a naive simplification that was embedded in the Constitution of a young and promising nation some two centuries ago – isn’t it that we identify youth with immaturity?

We do, for a good reason: happiness is a mere illusion and its pursuit nothing more than a wild goose chase. It’s only by seeking truth from logical fallacies that one manages to draw a distinction between zōē and bios and the inconvenient truth is that tourism kills:

our imagination, the planet.

Email ThisBlogThis!Share to TwitterShare to FacebookShare to Pinterest
Labels: delirium, in english