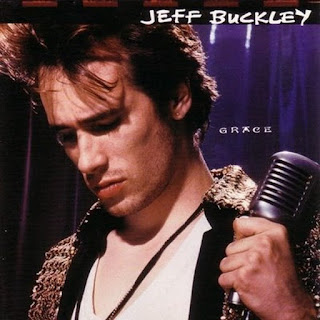 Jeff Buckley died swimming in a river at the age of 30. Tim Buckley, his father, died aged 28 from a heroine and morphine overdose. In both cases, the question, just like any human enquiry that matters, is left unanswered. The world will never know if Jeff felt like defying the Gods and/or the odds and if Tim thought he have had enough already of a life lived in vain. Every sudden and unforeseen death, whether its related to drugs, speeding at more than 130pmh on a highway, or climbing a steep mountain cliff, leaves behind a mystery. No resolution. No final verdict. And so be it.

‘Grace’ is the only studio album Jeff Buckley ever recorded. After his death it became an essential listening for all of those craving for ‘Lilac Wine,’ inspired by the ‘Grace’ of humans, reluctant to say  “The Last Goodbye,” willing to put everything at risk for a night that felt ‘So Real,” for people passionate about "the hallelujah of the orgasm," as Buckley himself ascribed the meaning of Leonard Cohen’s song that he sung wholeheartedly; they call them drama queens…

“but you don’t really care for music, do you?”