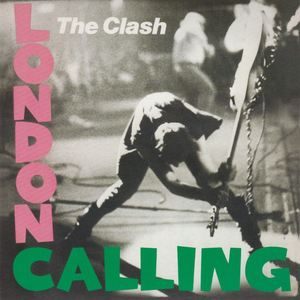 The Clash released “London Calling,” their third studio album, in 1979. A superb collection of nineteen first-rate songs, this is an album you ‘re inclined to listen from beginning to the end. And that’s a rarity. Ever since then, London Calling became a classic, indispensable part of the sentimental education of maddened, animated and spirited young men and women around the globe.

Joe Strummer more than any other punk rocker, became the archetypical hero for rebellious, moderately sophisticated, idealistic university graduates from countries of the First World, someone to identify with: politically strong-minded, not fucked up by substance abuse, neither pretty nor ugly, politically single-minded.

Contrary to Joey Ramone, my own personal favorite punk, Joe was surely a guy that you could bring over for dinner with parents. As for Johnny Rotten, that’s right, nasty. Not to forget Iggy; good for drinks.

"If I can't dance to “The Guns of Brixton,’ it's not the party at the city center I want to crash," used to be my mantra. For as long as the summer of innocence lasted at least. A few years, more or less. Enough for a lifetime, in case you wonder. Categorically not the American type of innocence which resembles “infantilism and prefers to see the past as utopia rather than as history and is reflected in popular culture, especially cinema and music” as James Baldwin once put it. “White Americans do not believe in death because they have rejected tragedy” he concluded.