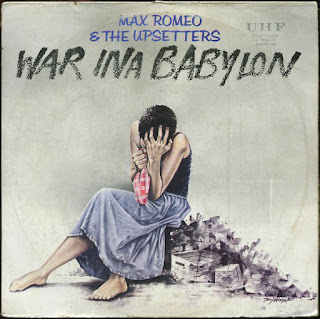 There was a time when reggae music didn’t signify to me a lot more than a lousy beach bar filled with hippy, or even mainstream, holidayers somewhere in a Greek island of the Aegean. As for Bob Marley, he was ascribed as passé and out-of-date to our collective urban consciousness.

Still, before its cultural appropriation by Western audiences, reggae music was a music genre rooted in rebellion and activism. Bob Marley himself was once “happy to be known as ‘the musical revolutionist’ fighting war with his music.”

In any case, even when reggae music wasn’t raising social awareness, it was dissimilar to chill vibes and cocktail drinking. Reggae was worship music “praising Jah and celebrating a spiritual lifestyle;” certainly not ideally matched to a consumerist culture where music is often suitable to supermarkets.

Max Romeo’s “War Ina Babylon” functioned as a catalyst to my reggae/dub awakening. It was through his record that I managed to take “One Step Forward” and put reggae into historical and cultural perspective.

War Ina Babylon isn’t an album for the light hearted. It takes a strong stomach. You have to… “put on an iron shirt, and chase the devil out of earth,” whatever that devil might be. As it was the case for some of us back then, not a fire-breathing dragon; complacency.