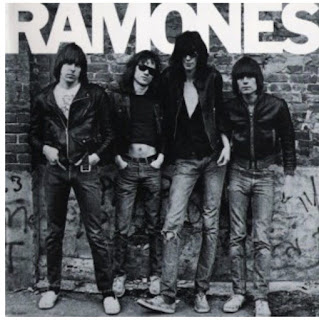 Μy school might have been located in Athens but my mind was often set in New York. Macaulay Culkin was lost there in 1992 and I secretly wished the same for me. The world’s extravagant capital, “Delirious New York,” didn’t seem so far at the time.

Eventually, I focused on what I had, and that was a Sony Walkman in my inner pocket and an earbud hidden inside my sweater. Thanks to Joey Ramone, and the rest of the gang, I managed to survive the most frustrating 45 minutes of the day around that time of my life.

I sucked at math, just as I failed repeatedly to get a grasp of the laws of physics, not to say geometry where I once scored 3 on a scale of 0-20 in my exam. Long story short, I had secure a passing grade in the mathematics class thanks to my uncle. He was born and raised in the same island with my math teacher, all it took was a phone call. For three years in a row I got a 10 which was a poor but at least a passing grade, instead of the 8 I probably deserved. And yet, I wasn’t entirely happy about it, I was hoping for more.

I was anyway annoyed by my math teacher as he clearly enjoyed mocking his students, especially the struggling ones. He wasn’t exactly popular among my classmates either, the fact that he occasionally left his snot on the curtain didn’t quite help the situation.

Naturally, I felt tempted to reveal his grave secret. I personally knew from my uncle that my math teacher suffered from erectile dysfunction, he was incompetent that is, and this must be the last thing an unpopular teacher wants his teenager pupils to hear about.

Sometimes I ‘d like to entertain myself with the thought that my teacher was saved by Joe Ramone.

Indeed, the Ramones came to satisfy my teenage hunger for rock music. Down with MTV’s Top-20 Hits! They were less scary and angry than the Sex Pistols. More exotic than any other Greek punk band. Not to mention that they were defying the spirit of the 70’s rock dinosaurs, a style of music immensely more appropriate for the future members of the youth wing of the Communist party of Greece. Whomever vouched for the Ramones as a teenager wasn’t going to vote for any political party in the near future.

Coming to think about it, that must have been precisely the point:

some people were born ready for something more pop.