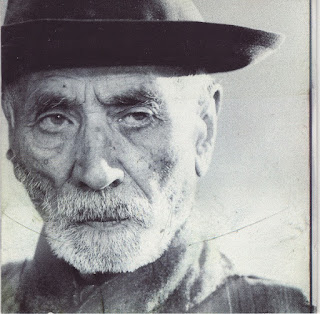 The moment that I first stepped outside of my comfort zone, leaving Greece for a while, I took an interest for the first time in Greek music. Till then, I kept a safe distance.

Luckily for me, my new flat mate had brought along with him in Castellón de la Plana his own tzouras and, even more importantly, a cassette tape. The 45 minutes of the second side of his TDK cassette couldn’t fit the hoarse prophet’s voice in its entirety (which lasted for 52 minutes) but it didn’t matter to me – his message was delivered.

Thanasis wasn’t quite the first one to shake and mix between cultures and musical traditions. Many preceded him and quite a few followed. It was a first for me though; I was caught off guard listening to an inspired mixture of Greek folk with rock music, an unholy alliance for young Greeks for which American and British rock ‘n’ roll became the jewel in the crown of their non-Greek oriented globalized identity.

Fun fact: while in Japan the purists aimed to “protect” Japanese literature tradition by disregarding Haruki Murakami (“he has consistently denied being influenced by Japanese writers; he even spoke about escaping the curse of Japanese”), in Greece we witnessed the opposite as ideologically driven purists (projecting a Eurocentric false ideology of privilege and exclusion) mock artists, e.g. the Villagers of the Ioannina City, for distorting the authenticity of American desert rock when they mix it with the ancestral rhythms of their local Epirus culture. In other words, while the Japanese purists were urging to ‘safeguard’ their own traditional culture, their counterparts in Greece were anxious to defend the culture of another country.

Nonetheless, and contrary to what traditionalists are phantasizing, music is a history of uninterrupted intermarriage that goes as back as the time when the Mesopotamian Nabu, the Hellenistic Apollo, and the Egyptian Horus where all one God going by a different name from time to time for the sake of unity and continuity.

Music is divine, it comes from an unknown place that is, and it never had, or won’t have, any respective owners, whether we think of nations or greedy copyright aficionados capitalists.

Email ThisBlogThis!Share to TwitterShare to FacebookShare to Pinterest
Labels: in english, Taste Like Honey; Reminiscences from the Αlbum Εra