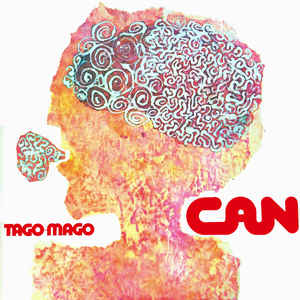 I was working at this place, more like a hang-out really, hard to call it a store as the cash register was just a decorative element and there was no bathroom (we had to visit the café across the street). The place was itself a small -still functioning- part of an old decaying building that belonged to the state, a branch of the ministry of culture to be precise. When work was slow, usually around lunch time, I had devised a game for the time to pass smoothly. The idea was to play music loud enough for passersby to listen so I could check their reactions. Not exactly crazy fun but it did improve the situation. At the end of the paved street of I could see the remains of Hadrian’s Library. These ancient Roman wonders didn’t match with the cheap white plastic furniture (a chair and a plastic table) we had placed outside, still, they were in harmony with the spirit that filled our haunt. We were selling exclusively books made by German art book publisher Taschen; affordable and pop, Taschen stands as a symbol of the era of the mass democratization consumption of art. “Every Greek will have a Dali in his house!” my boss used to boast reflecting on the fact that Taschen’s monograph of the iconic Catalan painter at the price of 6.99€ was our bestselling book. Frida Kahlo came second, the rest followed by a great distance. And yet, admittedly, Dali’s spirit had the least impact in the collective imagination of  the Athenians – so little have changed since then!

Once I played Tim Buckley and before I knew it an enthusiastic music lover in his late 30’s, dressed all in black, put his face near mine and said wearing a big smile:

“Oh…” he said with a slightly disappointing and highly disapproving face. He then left. He surely must have thought that I looked way too trendy to be an authentic Tim Buckley fan.

Another time, the once president of a so-called Green Party of Greece, that was never quite green, not to say a political party, felt emotional listening to a collection of hits of French yé-yé music of the ‘60s. He had spent the best years of his life in Paris during the sixties, and that includes May 68. His humble beginnings included the distribution of newspapers to the prominent members of the Greek community of Paris in a career that ended in prison for economic fraud.

All in all, I had placed my greatest hope and expectations with Can. The days that I had endorsed the indie urban legend that instructed us to marry the first girl that crosses our path and happens to appreciate the talents of Nick Drake were gone. I had proudly conceived personal rules of engagement:  “Whomever stops and asks you ‘which song is it’  when I play ‘Halleluiah’ from Tago Mago will be the special one…”

And yet, as so often in life, when you want it, or expect it, the most, nothing happened. And then it does.